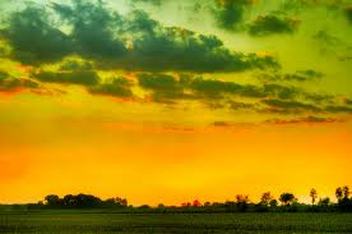 The subdivision of Westheight Manor has long been recognized in Kansas City, Kansas as an area of particular attractiveness and significance. This regard was emphasized when the central portion of the area was entered on the National Register of Historic Places on March 26, 1975. At the time, it was only the second historic district in the State of Kansas to be so designated.

The first mention of the area that is now Westheight was in the Spring of 1844. The Wyandot Indians were newly arrived from Ohio, and in January at the urging of the Rev. Ewquire Grey Eyes they began building a small log Methodist church near what is now 22nd and Washington Boulevard. Because of its distance from the Wyandot settlement, this church became known as the Church in the Wilderness. It was the first public structure to be erected by the Wyandots in their new home. It was replaced by a brick building at 10th and Walker in 1847, after which the log structure soon disappeared.

By terms of the Treaty of 1855, the Wyandots yielded tribal status and the lands of the Wyandott Purchase were allotted to the individual members of the tribe. In the Wyandot allotments, the Westheight area was owned by three individuals: John Sarahess east of 22nd, Jacob Whitecrow west of 22nd, and John Bearskin north of Oakland and Freeman. Patents to the titles for the various Wyandot allotments were not issued until between January 19, 1860 and December 4, 1861, well after property sales to new settlers had begun. As the Westheight area was still at some distance from the center of settlement, it remained in the hands of its Wyandot owners until Hanford N. Kerr began assembling property for a farm toward the end of the Civil War.